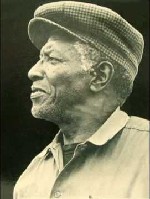 According to the Internet sources given below,, Charles Luckyth Roberts was an American pianist, composer of popular music and writer of many Broadway shows. He was born in Philadelphia PA; and began his long career in show business as a singer/dancer just five-years old in vaudeville. Nicknamed Luckey (his 2nd name was later spelt Luckeyth), he was of diminutive stature but was said to have had the arms and hands of a much bigger person comparable with his life-long friend, Eubie Blake. He wrote his first Broadway show My People in 1911 and in 1913 he made his mark in the ragtime world with his big hit The Junk Man Rag. His other rags include Pork and Beans (1913) and Music Box Rag (1914). At this time he was considered by his contemporaries to be the best Harlem stride piano player in New York. He was a society orchestra leader, had a radio programme and managed the Harlem Rendezvous Club from 1942-1954.

This list is arranged in chronological order and contains 32 works by Charles L. Roberts (1887-1968). It does not claim to be complete and represents only the number of items located. Keys: ER