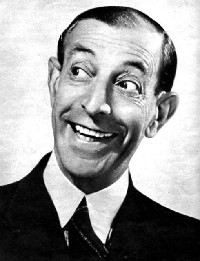 According to the Internet source given below, Albert Whelan was an Australian popular singer and entertainer born in Melbourne.
He established himself in Western Australia as a singer and dancer entertaining the miners working the gold fields. After emigrating to Britain at the turn of the 20th century, he was a prominent entertainer singing, dancing and playing the piano on the English music hall circuit. He also played minor roles in a number of British films during 1930s and 1940s.