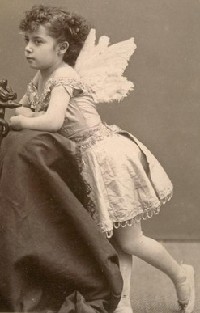 According to the Internet source given below, Fay Templeton was an American actress, singer, songwriter, and comedian born in Little Rock, Arkansas.
Born into a vaudevillian family she followed in their footsteps, making her Broadway debut in 1900. Performing on the legitimate and vaudeville stages for more than half a century. She was a favorite headliner and heroine of popular theater, appearing until 1934.
Some of her notable performances were in H.M.S. Pinafore and Roberta. In an age of buxom beauties, she was particularly buxom, playing romantic leads despite her weight.
She died in San Francisco, California.