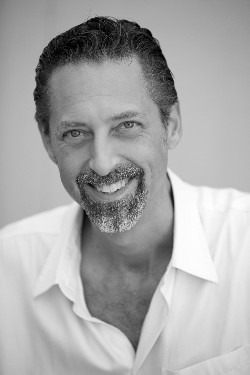 According to the Internet source given below, is an American pianist, composer and painter born in Ohio, USA.
He studied at Wittenberg University of Ohio under Robert Howat and Ohio State University under Sylvia Zaremba. After his studies he moved to New Orleans beginning his professional music career, as a street performer. He recorded the complete rags of Scott Joplin, and made his debut at all of the major ragtime festivals in the United States, as well as festivals in Belgium, France, Norway, New Zealand, and Hungary.
Kirby has made some 25 recordings, and has composed over 150 original works for piano and other instruments.
Photo © courtesy Scott Kirby.

This list is arranged in chronological order and contains 24 works by Scott Kirby. It does not claim to be complete and represents only the number of items located.