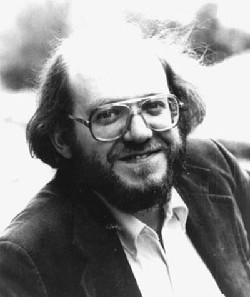 According to the Internet source given below, William Hugh Albright was an American composer, pianist and organist born in Gary, Indiana.
He attended the Juilliard Preparatory Department (1959 - 62), the Eastman School of Music (1962 - 63) and the University of Michigan (1962 - 70), where he studied composition with Ross Lee Finney and George Rochberg, and organ with Marilyn Mason. He interrupted his studies for the 1968 - 69 academic year when he received a Fulbright scholarship to study with Olivier Messiaen in Paris. Upon his graduation in 1970 he was appointed to the faculty of the University of Michigan where he remained until his death.
He was a ragtime enthusiast and made notable recordings of the piano rags of Scott Joplin and others. He also recorded an album of his own Ragtime compositions.

This list is arranged in chronological order and contains 13 works by William Albright (1944-1998). It does not claim to be complete and represents only the number of items located.