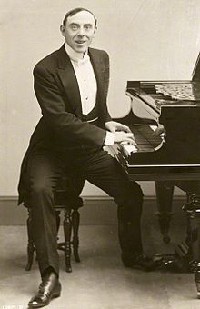 According to the Internet source given below, Harry Fragson [Léon Philippe Pot], was a British music hall singer and comedian, born in Soho, London.
After a successful career in England, he moved to Paris developing an act imitating French music hall performers. He introduced his own material into that act before returning to London in 1905. A popular performer in pantomime and is probably best known for his song Hello, Hello, Who's Your Lady Friend? (1913) published by Stanley Mullen Pty. Ltd., , Australia.
He was murdered by his father in 1913 and is buried at le Père-Lachaise cemetery in Paris.